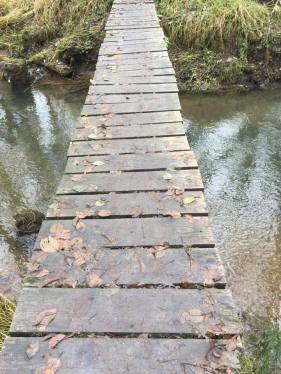 Yesterday, I was talking with my programming language tutor and mentioned that I had a blog. He asked what my blog was about and I told him the long story. He was absolutely dumbfounded by what he was hearing and kept shaking his head, not wanting to believe it, even asking me repeatedly, “really . . . . really?” Yes, really. As we spoke, he searched the name of my blog on his cell phone, half listening, half reading, and shook his head some more.

I told him a few personal experiences we had at BGBC. We continued more of the conversation today. He told me he was so disturbed by the story, that he told two of his friends last night. I was struck by this young man and his image of Christ and Christianity. He’s in his twenties, yet he had such a great understanding of what Christianity is, what church is, what the role of a pastor is. He has such a healthy understanding of good churches vs bad churches.

I thought about my kids – how they might not be able to see so clearly and discern. I thought about how spiritual abuse has affected my kids, how their spiritual walk has been tainted. One adult child has abandoned her faith because she was so profoundly spiritually abused. She was not only spiritually abused at church, but also at home as we instilled some of the pastor’s teachings in our home and in the raising of our children. We had no idea what we were doing. We thought we were doing the best for our children. We just wanted our children to have the best spiritual foundation. We didn’t want to make the same mistakes our parents had made. Instead, we did far worse, we brought our family to a cult.

Some of my kids have had distorted images of God. Some have seen Him as an angry God, a God of rules – it’s all about sin and if you can make it to heaven. Others have challenges with male/female gender roles, and are trying to navigate what they have previously been taught, and now what their parents are telling them.

In our spiritually abusive church, we were told what to believe and to not question the pastor’s authority. Now I share what I believe with my children, but I also tell them that it’s important for them to read Scripture for themselves, and ask others and God to reveal truth to them. I’ve told them that they have to come to their own conclusions and that while I can share what I believe, it’s important that they own their beliefs.

Essentially, what I am doing is giving them permission to have different beliefs than me. Whoa! That never would have happened BC (before cult). There was no other option for them, but to believe like we believed. Can you say mini-cult?

Their “child-like faith” has been robbed by a domineering Pharisaical abusive pastor and also their parents to some degree. There is still some spiritual confusion that comes to surface some 8 years after we left the cult church. It’s difficult to erase the old teachings we heard over and over again. Every once in a while, I will hear one of the kids say something and will say to myself, “that sounds just like Chuck.” I then try to discuss the topic.

Even our youngest children, who were too young to understand what happened, feel the residual effects. They see and hear the confusion. There is not unity in the family about certain spiritual matters. In fact, to talk of anything spiritual at all is difficult. Family prayer is awkward. Where spiritually once was a glue that I thought held our family together, it no longer is. But because there are known differences of opinion, for the most part, we agree to disagree and simply don’t discuss those sensitive topics.

This is something that breaks my heart. I would never have envisioned my family to be like this. So, it’s been a grieving process for me.

Discussion: for those of you who have left a spiritually abusive church, how were your children affected? Have you had challenges like our family? What has helped? What has not helped?

45 thoughts on “The Fallout of Spiritual Abuse on Our Children”