Sometimes when we speak out in truth, we encounter negative responses. After getting blocked on Twitter for the umpteenth time, I decided it’s high time to make a record of it along with names I have been called.

Here is an example of what I did which prompted Pastor Matt Chandler to block me on Twitter today. Take note of the black notice at the top of the tweet: 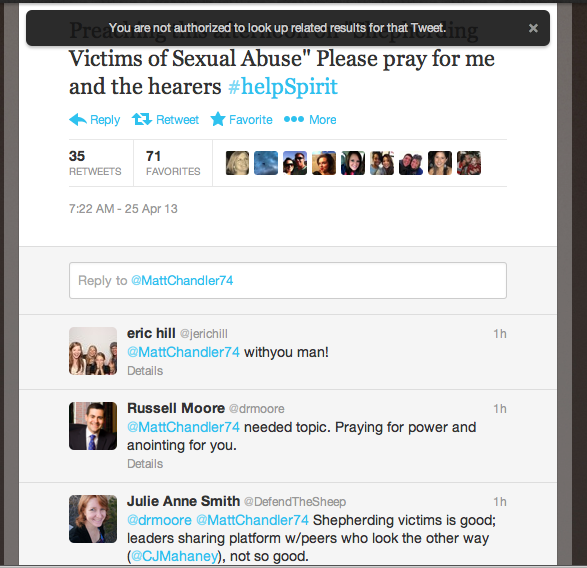 Below is my new running list of people who have blocked me on Twitter for speaking the truth about abuse. There are plenty of others, I will be adding their names as they come to mind.