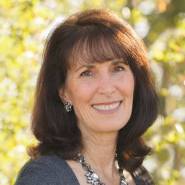 Lori Alexander at The Transformed Wife continues to advocate that there is no room for divorce for a spouse experiencing physical abuse.

A commentor at her post, For Those Considering Divorce – Stop!, speaks about her mother’s best friend who would show up with bruises and black eyes. With valid reasoning she questions Lori about not divorcing due to physical abuse.

I’m a bit torn on this issue issue (sic) while I do not like divorce and I believe you should do everything in order to avoid it there are times where I believe it is warranted. Growing up my mother’s best friend husband physically abused her and their children. There were many times where she would show up with bruises and black eyes and she in (sic) the children would stay few days until she went back home. The abuse got so bad she and the children moved away and I never saw them again. So while I believe that marriage is forever I just can’t condone marriages in which one partner is physically abusive.

Lori’s response is that physical abuse is no reason for divorce.

I understand your sentiment, Monique, but it’s not biblical for a woman to divorce her husband because he is physically abusing her. Yes, she needs to seek help and may even have to get the police involved, then separate for a time until he repents of his evil deeds, but there is nothing in God’s Word that says this is a reason for divorce. We must always base our opinions and actions upon the Bible and not what we feel is right.

Here is a post I have put together for women in difficult or destructive marriages:

I continue to remain concerned about Lori’s hard-line approach that divorce is not an option for spouses experiencing domestic abuse. Lori repeatedly heaps on spiritual abuse as she uses the Bible to convince spouses (in this case, women) to stay in their abusive marriages.

She is correct in that literally, the Bible does not address divorce due to physical abuse. The problem is that Lori’s literal interpretation does not allow any room for growth in the word. Hebrews 4:12 tells us: “For the word of God is alive and active. Sharper than any double-edged sword, it penetrates even to dividing soul and spirit, joints and marrow; it judges the thoughts and attitudes of the heart.”

I hope that those who experience domestic abuse and follow Lori’s teachings see the error in this message and find the help they need.

*If you are experiencing domestic abuse and need help, please email us and we will assist in finding resources in your area. Or, please reach out to the National Domestic Violence Hotline for support at 800-799-7233 or thehotline.org.

140 thoughts on “Lori Alexander, Advocate of Women Staying Married to Their Abusers”