For some, the ramifications of following the teachings of an influential spiritual leader (or cult leader) can be lifelong. As difficult as this next personal story is to read, it is the reality for some, and that is why I will continue to post stories like this.

Part of being an advocate for those who have been abused is never forgetting the reality that they face. It is believing them and standing with them, even when it is ugly and uncomfortable. We may not be able to walk in their shoes, but we can come alongside them and let them know that we are here for them.

We’ve heard from Dash (pseudonym) before and how the teachings of Bill Gothard influenced his parents and the way they “disciplined.”  The other day, Dash sent me a note sharing his thoughts and struggles, and it made me angry and sad. Dash is still suffering physically and emotionally from the abuse and trauma he faced as a child.

While Gothard may not have specifically taught parents to “discipline” their children as Dash’s parents did, his teachings laid the groundwork for “sparing the rod.” For Dash’s parents, the sparing-the-rod teachings gave them a license to beat and abuse, all for the sake of children demonstrating godliness and good character. Basically, it was whipping children into submission so that they cheerfully and robotically complied with every command.

My family also attended Bill Gothard seminars. Gothard had an unhealthy preoccupation with children maintaining an outward appearance of joy. Whether there was authentic joy did not seem to matter. So, as I was thinking about Godthard’s teachings, I realized that it is foreign for Dash to speak out like this and to express what Gothard would view as negative emotions, such as sadness, anger, etc. Thankfully, Gothard is not controlling Dash’s emotions anymore, nor are his parents. He now has the freedom to express all emotions, even the ones that may be uncomfortable. That’s good!

I no longer believe anger and sadness are negative emotions. They are simply emotions that God has given us. Dash has become acquainted with his anger. Part of the recovery process is finally connecting abuse with the anger it deserves, rather than stuffing the anger away as something ungodly. I kinda think God expresses anger at abuse. No, I know He does. That should tell us something, shouldn’t it?

Because Dash’s angry words and emotions are his reality, I am not going to remove any “offensive” language. It is not offensive to me anymore. It conveys to me that someone is in touch with their anger. I’ve come to realize over the past years that sometimes we need to express ourselves with words that most accurately describe what we’re going through. For me, to conceal these words is a way of minimizing the strength of Dash’s feelings, and I’m not going to do that. I want us to see and understand exactly where he is and feel his anger along with him. So if you are uncomfortable with reading swear words, now is the time to stop reading. Thank you for your understanding.

Dash Shares More of His Story

I had a real epiphany today. It finally came to me that Bill Gothard basically viewed his ATI families as a kind of Off-Broadway production for advertising purposes. The purpose of ATI was/is to present the evangelical community with living, breathing examples of “Perfect Family” results that can be obtained with his materials, to increase enrollment and revenue. The family home is the “backstage” area, where the performance is produced, and herein lies the really sinister part because I finally understand that Bill literally did not care how his “Perfect Family” image was achieved outside the home. Beat the kids, break them, scream at them, molest them, humiliate them, devalue them, remove all traces of self from them by any means necessary. Anything and everything is fair game so long as the ATI “Perfect Family” image is achieved outside the home, because then Gothard attains his true goal, which is self-aggrandizement. “Look at how effective my ATI materials are.”
Son of a bitch. 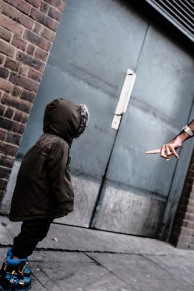 You want to know about Bill Gothard’s true legacy? Let me tell you about his legacy.

It’s very interesting to me how y’all talk about “relationships.” Boyfriends, girlfriends, married, divorced, kids, grandkids. I’m 47 and I don’t date. I haven’t dated in over a decade. I gave up on social interactions in college. I hate people with a passion. All the goddamn drama for nothing. I’ve never been married and I’ve never had a kid. I leave my apartment to work and that’s it. I live alone with two cats; I haven’t had a roommate in 20 years. If I could just sleep all the time, I would.

A lot of you still go to churches, which frankly amazes me. Why? Not for me. Never again in this lifetime. Why the hell would I go to some building where an arbitrarily appointed authoritarian in a monkey suit glowers from the pulpit and tells me all the ways I’m living my life wrong? All you preachers out there, take your exegesis and your scholarly opinions and shove them up your collective asses. You don’t matter. The Bible is bullshit. It’s a bunch of fairy tales and stone age folk stories. It’s superstitious hocus-pocus and it’s a joke.

Am I depressed? You bet I am. I live with migraines, numbness in my hands and feet, blurred vision, tinnitus. The doctors I have worked with most recently agreed that the likely diagnosis is CTE (Chronic Traumatic Encephalopathy), which is a degenerative disease of the brain tissue that occurs later in life when you’ve been hit repeatedly in the fucking head.

My parents beat the shit out of us kids in my family until we were old enough to leave. Before Gothard and twice as badly after we joined ATI. Not just spankings, either, but full-on beatings with open hands, closed fists, dowel rods, belts. My mother hit me in the head hard enough to knock me sprawling and knock me out cold on numerous occasions. My dad used to start swinging with closed fists at the slightest provocation. They used Gothard’s teachings to justify all of it. They screamed and bellowed them at us. We were bad evil children deserving of death.

My mother sexually molested me when I was two. The mere idea of sex makes me physically sick.

I doubt I’ll live to see retirement. I’m not even sure I’ll make it another five years. Life is intolerable and the world we live in sucks. God does not exist, and his followers are gibbering lunatics. There is nothing in this world that I want. Even my music begins to pall with age. What’s the point of any of it? Death would be a kindness to me, and I fucking mean it.

^^^THIS is Gothard’s real legacy.

Other articles by Dash: