I have been very moved by many of your stories of abuse in the recent article, Spiritual Abuse: What Was the Last Straw That Caused You to Leave Your Abusive Church?

Spiritual abuse is obviously not isolated. It’s happening all over and crosses denominational lines. Several people have said that they could only read through a few comments at a time because the accounts were so painful.

Thank you to the many who shared your personal accounts. Many people don’t have an idea of what spiritual abuse means. You helped define it for them and now they will be able to have greater understanding, empathy, care for those of us who have experienced this harm.

My friend and fellow spiritual abuse survivor, Ken Garrett, posted in the comments what made him leave with his family:

Later, Ken posted another comment which I “hijacked” for this article (with Ken’s permission) because I thought it was a good topic to explore.

A little background on Ken:  Ken has done extensive research on spiritual abuse after he and his family were in a cult (living communally) in the Portland, Oregon area.  Ken is also currently a pastor in Portland and has a heart for the spiritually abused. Ken and I accidentally (Providentially) connected when people confused his church for my abusing pastor’s church (similar names).  The background story of how we met is kind of funny, but we’ve been friends ever since, partly because we share the same desire to help those who have been harmed by spiritual tyrants.  ~Julie Anne 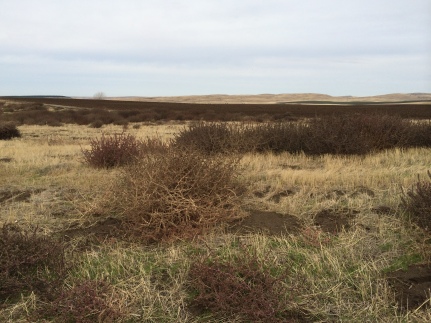 I’ve been doing a lot of reading on the exit process from abusive churches and cults, and one observation really stuck out to me. There were four main conditions that resulted in people leaving these abusive groups:

Physical distance and time away from the group, (and the group’s control.)

This really is simply chronological time spent in the company/presence of other people who are not a part of the system, and who extend friendship, kindness, etc. This is why cults and abusive churches don’t want their members leaving for long vacations, visiting distant friends and family, etc. The brain starts to clear and heal when it isn’t subjected to the immediate lies of the abuser.

This might be an old friend who, knowing that you’re in an abusive church/cult, etc., still extends kindness, love, acceptance, though clearly not agreeing with the views and behaviors of the cult/abusive group. This is why cults work tirelessly to sever members from old friends, and family relationships.

For me, these two conditions were found in my friends and co-workers who, though they felt I was in an unhealthy church, still respected and cared for me, and invited me to do things with them (fishing, hanging out, etc.) My family also made great efforts to stay in contact, and communicate respect and love for me.

A persistent, growing conviction that the assertions and views, doctrines, etc., of the group do not square up with truth/reality.

The cognitive dissonance finally starts asserting itself. For me, this was when I realized that our leaders were speaking as experts in areas that they were untrained in (such as medical issues, financial management, athletics, etc.), or areas that truly were issues of personal opinion and conviction (such as politics, international relations, local government, etc.) I can clearly recall our pastor explaining to us why the Republican Party was the most correspondent to Christianity, etc. Also, theologically, it became apparent that our leaders were either uninformed or were purposefully withholding legitimate, valid, views and conclusion that they simply disagreed with, but were unable to refute.

Finally, a revelation of moral/ethical failure of the leader.

This is usually the top dog–and usually in the area of sex, money (theft/embezzlement), dishonesty, or selective abuse of fellow members. Our pastor’s crimes in this area became public–but before that, the secrets, veils, justifications and excuses began to wear thin in the minds of those who left the group.

Do these four areas ring a bell at all?  They’re written by Michael D. Langone, PhD, from his book, Recovery from Cults: Help for Victims of Psychological and Spiritual Abuse. Now, I’m doing some research in how the thought reform mechanisms used by Communist China in the ’40 and ’50’s surfaces in the environment of cults, abusive churches, etc. I know it sounds weird, but it is fascinating stuff! I come from a very severe, extreme Christian cult, but wondered if these areas might also apply to those who have exited groups/churches that were abusive, but perhaps less so.

Questions for discussion:  How was your exit process?  Does your story fall under any of the four conditions Ken described above?