Last week I posted a letter from Dave Corning who was a long-time elder at Harvest Bible Chapel (HBC), under Pastor James MacDonald.  I mentioned that Corning’s letter would be my go-to letter for describing spiritual abuse because it described some of the most common tactics spiritual abusers use.

Friday, I tore the letter apart and paraphrased it into Twitter-size tweets.  Ryan asked if I could post the tweets, so here they are (not necessarily in the order tweeted).

You’ll notice the hashtag #Harvest25.  I was trying to find HBC’s Twitter handle, but couldn’t find it.  I did, however, find the #Harvest25 hashtag when looking at James MacDonald’s Twitter feed.  Harvest25 refers to the celebration they had last Saturday – – they were celebrating the church’s 25th anniversary and had a pretty big shin dig.  So, in between the celebratory tweets, I was tweeting about #SpiritualAbuse 101.

Ironically, while many people were partying on Saturday,  perhaps completely unaware of what has been going on with their leadership, others have been in an emotional and spiritual battlefield as they realize what has happened to their lives at this church.  Some have left, some are in the process of making difficult decisions even now.  How do I know?  Because of e-mails/tweets I have personally received.  Please pray for the HBC church family.  This is a very messy situation.

Dee, of The Wartburg Blog published a new article on this story, be sure to check it out:  The Elephant’s Debt Roars. Are James MacDonald and HBC Deaf?

Fourteen staff/elders have come out publicly to share their deep concerns about what is going on under the leadership of Pastor James MacDonald.  You can find their stories here.   You see, in these abusive-types of churches, “2 or 3 witness” really doesn’t matter.  And in this case, 14 don’t, either.  Ugh! 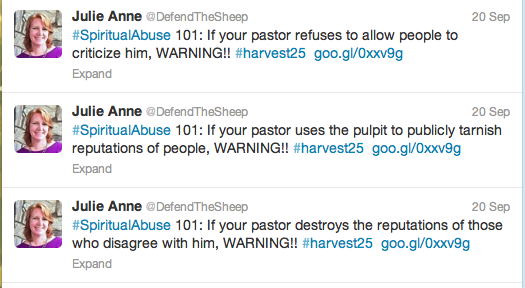 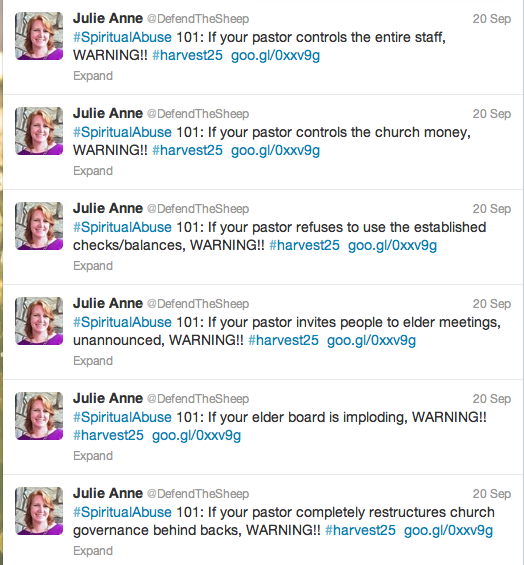 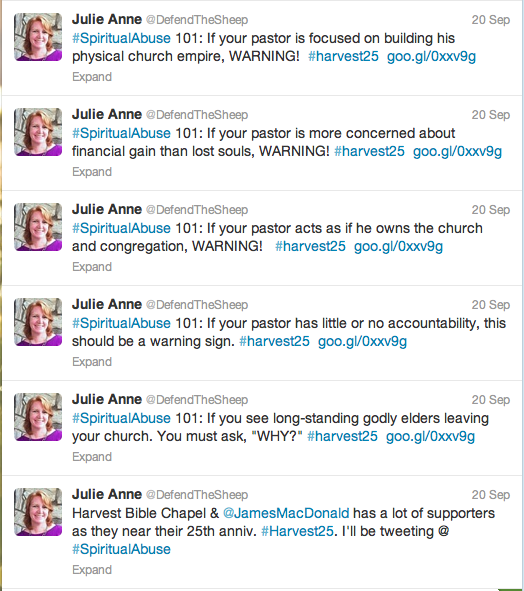