Having been spoon-fed by my former pastor a form of extremism, or rigid, legalistic, black/white rules and practices, I have pressed myself to re-evaluate those rules and ideas and measure them with scripture using my own eyes and discernment.  What freedom!

The following article is by Brenda, a regular here, who found SSB from a Google search looking up the topic of pedophiles.   Brenda blogs at, A Solitary Journey (also listed in the blog roll in the sidebar).

Brenda begins her “About Me” page:

Hi, I’m Brenda and I am a survivor of over three decades of marriage to a man who had a secret identity–that of a pedophile.  His “cover” was blown in a very public, devastating and traumatic way and I promptly divorced him.  Of course, there are many more layers to the story but this is the short “elevator” version.

I love that some of the topics here have challenged our thinking (I’m including myself in this).   Brenda calls to question the idea of extremism in her article.  I connect with so much of what she has to say and I suspect others might, too.

by Brenda, of A Solitary Journey

I am digressing from the normal topics that I cover on this blog–my own personal journey of recovery–to talk about another issue.  In further reflection, I sense that this topic plays a bigger part of my story than I had previously thought so maybe that is why I am drawn to it.   Over at the Spiritual Sounding Board there has been a lively discussion on various posts about religious abuse expressed in a variety of ways.  And in the “church’s” view on women, submission, marriage and divorce, there is a lot of abuse and it is certainly an environment that I have marinated in for decades.   Some of organized religion’s teachings that are harmful to women (and men) include: 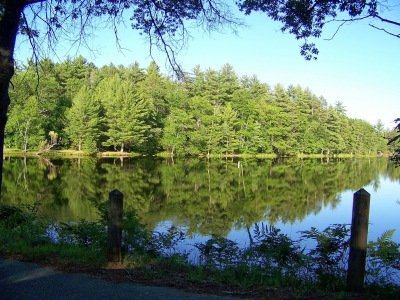 Her definition resonated so deeply with me.  It seems to me that far too many churches are guilty of extremism and far too many people in organized religion have become religious terrorists.  No wonder we are hurting, no wonder so many are exiting the church and no wonder so much abuse is occurring in homes governed by these extreme teachings..  Extremists of all stripes and colors leave devastation in their wake.  So, let’s break this definition down–let’s deconstruct it:

The Apostle Paul described faith as “the substance of things hoped for, the evidence of things not seen.” (Hebrews 11:1)

“Faith is a place of mystery, where we find the courage to believe in what we cannot see and the strength to let go of our fear of uncertainty.”  (Dr. Brene Brown, Gifts of Imperfection, p. 90)

The opposite of faith is not doubt, but certainty, according to Anne Lamont. ( Plan B: Further Thoughts on Faith, pp. 256-57)  But faith in “extreme” churches has been redefined as certainty.  Certainty in theology, certainty in interpretations, certainty in the rules and policies of the church.  We have traded faith as mystery to a “faith” defined by certainty and Law–an oxymoron in reality.  And one fallout, among many, is that fear becomes the currency and culture of the church.  We fear the “world,” we fear outsiders, we fear evil so we isolate, hunker down and live by the philosophy of “us four and no more.”

Vulnerability involves uncertainty, risk and emotional exposure. According to Dr. Brown, it is the birthplace of everything we are hungry for.  It is showing up and allowing ourselves to be seen; it is discarding the 20-ton shield of perfectionism.  It is about sharing our feelings and our stories with people who have earned the right to hear them.

But in an environment that sees vulnerability as sin or lack of faith or insubordination or being “too emotional,” it is impossible and risky to be vulnerable.  We long to be seen for who and what we are and to be accepted and loved as real people with warts and flaws that make us members of the human race.  But in a “church,” where image and conformity to a standard that is really impossible to achieve is demanded, vulnerability is scarce and those who dare embrace it find themselves on the wrong end of a bad sermon illustration.  We quickly learn that we do not dare share our real stories and that we must don a mask and pretend that all is right in our world, even though it may be falling apart.

According to the dictionary,  mystery is “something that is difficult or impossible to explain” (New Oxford American Dictionary).

Mystery is acknowledging that God is bigger than we can imagine and realizing that all that we know of Him is but a drop in the ocean of who he truly is.   Mystery focuses on looking at the moon (God), “Not at the fingers pointing to the moon, but the moon itself–and now including the dark side of the moon too.” (Rohr, Falling Upward, p. 87)  Mystery is comfortable with the paradox of God and with not knowing all that there is to know about Him.  Mystery is relaxing in the Stream that is God, knowing that the flow will take her where she needs to go.

Mystery does not exist in extreme churches.  Mystics are frowned upon or barely tolerated.  The emphasis is on knowing cognitively rather than knowing experientially.  Instead of looking at the dark and light side of God, our eyes are re-focused on the fingers pointing to who God is–i.e. the pastor and church leadership.  Our view of God is limited then to that view painted for us by those with a vested interest in keeping us from truly experiencing God as he is.  Because when we truly embrace the mystery of God, including the paradoxes and uncertainty, and become comfortable with not knowing all there is to know, we deep dive into Love itself.  No longer are we exclusionary, intolerant or unsympathetic to the needs of the world.  No longer are we slaves to bad theology or confined to the “safety” of the four walls of our prison, uh church.  It is easy to recognize a mystic–they are characterized by extreme love rather than extreme religion.

According to Dr. Brown, as Americans living in a post-911 world, we each have a thin film of terror wrapped around us.  As a nation we have moved beyond the red, yellow and green alerts in airports but we live in constant fear.  And fear drives wedges between nations and neighbors, it causes us to stockpile food and weapons and look with wariness at those who dress or believe differently than we do. But I contend that this same fear has been the staple of extreme religions far longer than September 11, 2001. Extremism, whether in politics or religion, thrives on fear.  It is the glue that holds extreme systems together.

But John wrote that “There is no room in Love for fear.  Well-formed love banishes fear.” (I John 4:18, The Message)  I sense a counter-revolution going on and it is led by those who are waking up to the vices and abuses of extreme religion.  Maybe they have been wounded–and there are so many of us–or maybe they are just growing deeper in their faith and realize that the old way of doing “church” with rules, regulations and certainty, just doesn’t work.  Extremism does not provide the anchor that our soul longs for and it certainly does not provide tools for true spiritual transformation.  But Love does and according to Rob Bell, Love wins.  We win when we truly experience God’s transformative love and we definitely win when we express that love to another.  So LOVE is the formula that destroys extremism.  May we become people who love.

33 thoughts on “Can our Faith and Love Co-Exist with Extremism?”