Johann and Kimery Jorg Abuse Case: HSLDA has given us homeschool liberties, but at what cost? A closer look at homeschool freedoms and parenting and safety of children

Homeschoolers have fought for years to have the freedom to legally homeschool their children. Homeschool Legal Defense Association has worked to ensure that parents in every state has homeschool freedoms and to keep government away from the God-given right of parents to raise and educate their children “in the way they should go.”

In my 22+ years of homeschooling, this seems to be the verse I have heard the most from homeschool leaders as they have encouraged us to be good Biblical parents:

Train up a child in the way he should go,
And when he is old he will not depart from it.

Who decides what it looks like? And what happens when parents cross the line from “Biblical parenting” into abuse?

Who will safeguard those children? Will the homeschooling community intervene?

Does the government have a right to intervene in the training up a child in the way he should go?

Homeschool parents, 61-yr old Johann and 53-yr old Kimery Jorg were first foster parents and then became adoptive parents to four girls ranging in age from seven to thirteen years.  The children came from abusive homes before the Mr. and Mrs. Jorg adopted them. Anyone who understands abuse knows that children of abuse will often have extra challenges to work through.

I wish the news reports shed more detail into the background of the Jorg family. I wish I knew what kind of church they attended, their doctrinal beliefs, and their primary influencers. But we can learn a bit from the various articles around the internet. They were obviously a devout religious family (I shudder to type the words “Christian” and you will soon see why).

The children were expected to memorize Bible verses. They were disciplined for sinning: specifically for lying and stealing. Mrs. Jorg took careful notes of her daughters’ sins and made sure to address each one with what she deemed to be appropriate punishment.  Mr. Jorg reportedly spanked his fully clothed daughters when there were discipline issues.

Now here’s where it gets very sad and I must issue a strong trigger alert to those who might have difficulty reading about physical abuse. 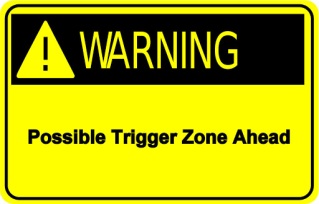 Mr. and Mrs. Jorg were recently charged with felony intentional child abuse with intent. And when they mean intent, they were not kidding. Let me show you how they were intentionally “Biblically training” their children:

Kimery Jorg reportedly told police that the girls have so many punishments, she often can’t get through them all so she writes notes to remind herself of the remaining punishments the girls “owe” her, according to court records. Police said they found dozens of Post-it notes in the kitchen. (Source)

“When we brought them in, they again stood by the fact that this was in the best interest of the girls,” Jacinto said. (Source)

Again, take note of the response by the Jorg parents. They feel completely justified in how they punished their daughters with the goal of training them to be loving and nurturing:

According to court records, the Jorgs told police that the home-schooled girls had been fairly punished for lying and stealing.

“She (Kimery) described all of her disciplinary measures as attempts to train the girls how to be ‘loving and nurturing,'” the records said. (Source)

I do not believe that most parents abuse their children. I also have a hunch that most abusive parents are in denial that they are in fact abusing. Read more of the court documents of how Mrs. Jorg described their system of discipline:

For lying, the child has to apologize for the lie, get swatted on the buttocks with a wooden paddle (# of swats equal to their age), have apple cider vinegar sprayed in their mouth (# of sprays equal to their age), hold it in their mouth for 15 seconds, swish it around for 15 seconds, then swallow. This is fallowed [sic] by a time-out of standing against a door wit [sic] hands behind the head for a number of minutes equal to their age plus one. After the time-out, the child can get a drink of water to remove the taste of the vinegar. Then the child must run outside in the heat for 60 minutes straight then write several bible verses 3 times each (# of verses equal to their age). If there are three or more mistakes the child must re-write the bible verses four times, then repeat, increasing to five, six, etc. for subsequent errors. The child must then explain the bible verses to their mother, and memorize and recite all the bible verses. If there are any mistakes, then time gets added to their 60 minute run. The punishment for stealing in the home is identical, except with the added task of mopping the floor for 45 minutes followed by cleaning the tile grout for 45 minutes, or some other comparable task. (Source)

The 13-yr old girl weighed just 61 pounds at nearly 5 feet tall and is currently hospitalized for severe malnutrition. She had blisters on her feet (from running on hot pavement) and abnormal growths on her legs. She also had “leathering” on her skin which court documents suggested had to do with repeated beatings. The 11-yr old also was malnourished. The younger daughters were not shown to be malnourished or abused as their older sisters.

The older girl was hospitalized over concerns of “refeeding syndrome.”

According to the court documents, “This condition is usually seen with concentration camp survivors and the like.”

She also had abnormal growths on her legs, likely due to the combination of malnutrition and exercise, according to the documents.  (Source)

What is very fortunate in this case is that the parents actually sought out help for their older daughters for their “behavioral” problems (go figure):

Police said the Jorgs came to the attention of Child Protective Services when they went to a behavioral health facility for help with their 11- and 13-year-old daughters. When the parents told workers how they had been disciplining the girls, the facility called CPS, who then called police. (Source)

A decade or so ago, when we were members of Homeschool Legal Defense Association, their literature instilled fear into the parents of homeschoolers. I remember a pull-out checklist that we were to hang inside our cupboards of what to do if someone from the government came to our door while I was homeschooling my children. We were to instruct our children on how to respond to any adult who came to the door. CPS and the government were painted out to be the enemy of Christian homeschoolers.

In this excellent article, you can see key homeschool leaders who have sought to end CPS entirely:  End Child Protection: Doug Phillips, HSLDA, and the 2009 Men’s Leadership Summit.

Homeschool parents, I urge you to not take this subject lightly. We have been fed a lot of fear from homeschool leaders. This fear has led to abuse that has been covered up, failure to report, and we now have Second Generation Adults – adult children who were raised in homeschooling environment – who see the problems and are speaking out and forming groups to address what their parents did not:  Coalition for Responsible Home Education.

I am aware that CPS does not have a perfect record, neither does homeschooling. In this case, because this mother thought she was doing right in her parenting, but sought help from a behavioral health facility. Many Christian homeschoolers would have advised this mother against going to any government agency for help. Thank God she did, and action was taken to protect these precious children.

I do not know where the Jorgs received their parenting instructions, how they wrongly interpreted Scripture, or if someone else was giving them poor parenting advice. But this family was ill-equipped with even basic common sense having let their children go so malnourished. Yet they felt they were following Biblical mandates. This is very, very sad.

54 thoughts on “To Train up a Child: Who Decides if it is Biblical or Not? When is it Abuse?”