In our last book post we talked about how God’s Design turns work into a men’s only club. This seems to be a big deal among the comp crowd.

Trey posted a comment again at The Transformed Wife giving his two cents worth about why women shouldn’t be in the work place. To me, it’s only worth two cents. 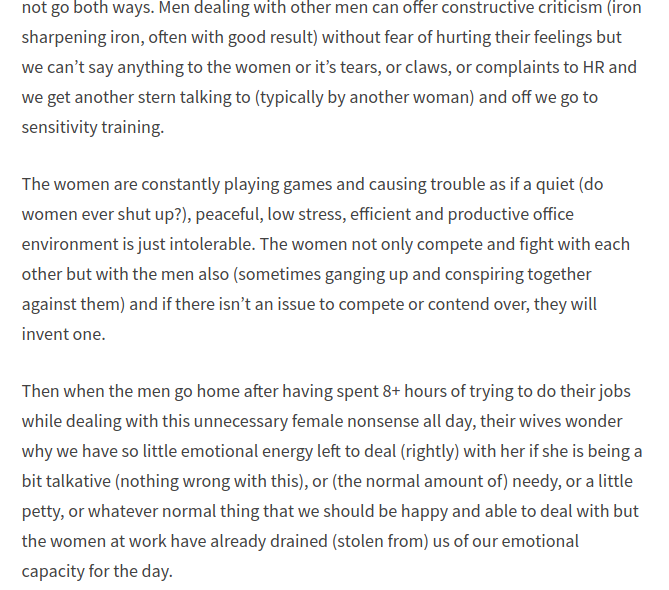 Once again, Trey shows his true colors. He doesn’t offer any Biblical reasoning for why women shouldn’t work; he offers generalizations and scenarios that he thinks plays out in every work environment. He almost sounds as petty as the women he is imagining in his head. And Lori agrees with Trey only because she thinks that God designed women to be home.

Does Trey’s argument make all of you working women want to come right home?