Tools to Help Protect Children from Pedophiles and Sex Abuse

After reading, A Betrayal at Home, an article on incest and child sex abuse, I became angry – angry about trusted individuals who should have been loving and protecting precious children, but instead silenced and victimized children by abusing them sexually, sometimes destroying their lives emotionally and spiritually.

I have seen first-hand the devastating effects on victims and their residual scars. Having observed a pedophile on the prowl and also watching the lives of untreated victims in my own family has been heartbreaking. After reading the aforementioned article, I quickly typed up what I have done in my own family to protect my children from pedophiles and posted it on my blog’s Facebook page. Pam Palmer, child sex abuse advocate (and mother of a child who was sexually abused at a church gathering), suggested that I post it here.  I have slightly revised the original and have provided more statistics and resources.   ~Julie Anne

There is a Pedophile in My Family: The Tools I Gave My Children to Protect Them from Harm 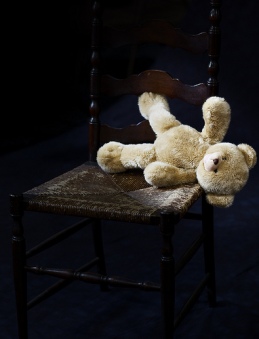 Jesus said, “Let the little children come to me, and do not hinder them, for the kingdom of heaven belongs to such as these.”  Matthew 19:14

93% of child sex abuse victims know their perpetrators. We need to destroy the myth that those who prey on children are strangers. Do the math, only 7% are strangers.

Who are perpetrators? They are usually friends, relatives, church leaders, coaches, people involved in the child’s life that the children know and trust.

There is a pedophile in my family. He was a missionary. Where did he prey on children? In his own home, in his backyard pool when his sons brought their friends over to play, in public parks, in church restrooms or any public restroom.

I tell my kids that we don’t know who pedophiles are, but they are usually people they know and trust. Don’t think that most sex offenders are on sex offender registries. My family member has abused over 20 kids, but the Statute of Limitations has run out and so he is on no list. He is still a dangerous man.

All of my children through junior high age buddy up with a sibling when going to the restroom (even at church!). My children are also told to distrust anyone who tells them they must keep a secret and to let me know if this happens. Every single time they go to a sleepover or camp, I remind them of our special code: if they ever feel uncomfortable around someone for any reasons, they are to tell an adult they want to call home because they are “not feeling well.” I know that code language and will come pick up the child.

Equipping our children with knowledge of what to look for, how to respond, and to trust their gut is very important. So far, so good. I’ve been giving my kids these tools from the age they were taught to identify specific body parts, around 2-3 years of age.

In full disclosure, I was initially nervous to talk to my children about this difficult topic. But because we were still having limited family gatherings in which the known pedophile was present, I knew that I needed to get over my fears. Surprisingly, my children have always listened, asked appropriate questions, and have never been squeamish. I put so much unnecessary pressure on myself!

Children like to have knowledge. Knowledge gives them power so they are not afraid of the unknowns. Talking to children is much easier than it sounds. Please, do it!  After the first time broaching the subject, to follow up, all you will need to say is, “Remember when we talked about . . .???”  The rest will flow easily. Piece of cake. You’ve got this!!

Victims of sexual assault are:

The above statistics and much more information can be found at RAINN.org:  Rape Abuse and Incest National Network

GRACE (Godly Response to Abuse in the Christian Environment)  Empowering And Training Christian Communities To
Recognize, Prevent, And Respond To Child Abuse

24 thoughts on “There is a Pedophile in My Family: The Tools I Gave My Children to Protect Them from Harm”