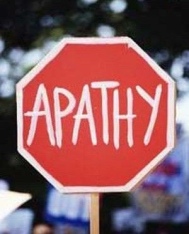 I’ve been wrong.  I’ve had the wrong focus.  For me, the Sovereign Grace Ministries fiasco has always been about the sex abuse victims, the spiritual abuse, the women whose voices were silenced, the cover-up of pedophiles, the forced reconciliations, failure to notify authorities (civil, that is), etc.  You see, my focus is not right where it should be according to them.  It should be on doctrine.  Everybody must get on board with the right doctrine.  That is the common goal among these folks.

I skimmed SGMSurvivor blog and found this paragraph tucked away in a comment and said BINGO:

I said this before and I’ll say it again. All they see is a guy who “single handedly” ( sorry Brent, Boisvert, etc, I know that isn’t true) took a whole lot of Arminian charismatics and turned them into respectful Calvinists, and ruled 100+ churches into doing whatever he said. Drop apostles, they drop apostles. Change position on tongues, they change positions. Write up a presbyterian type Book of Church order, they write it up. CJ is like a hero to these people. Thye would give their right arm and leg to have his magic power over masses of sheep.

In their eyes, C.J. Mahaney masterminded the impossible.   C.J. had the power and influence to shift the doctrinal beliefs of an entire church organization.  That is amazing.  It is true that doctrine is a foundational issue.  I agree that it is important.  But I think for these guys, it is THE issue.  Nothing comes between them and their doctrine – obviously not even sex abuse.  The abuse in their minds must be just a minor oversight.   It will get taken care of.  The bigger picture is that everybody is on board with the right doctrine because that is what God would want  — -to heck with a little toddler getting sexually abused.  As long as they have the right doctrine, it will all work out.  I mean, life is only temporary on earth, if they have the right doctrine, they have the rest of eternity with God.  The abuse is minor in the full scheme of things.

We’ll see what the courts think about that.

266 thoughts on “Doctrine as “God”: C.J. Mahaney and Apathy of Celebrity Peers”