Not too long ago, I followed quite a few referral hits on my blog and came upon the Calvary Chapel News blog run by Alex Grenier.    Alex had been following my lawsuit story and shared my story on his blog.   Alex is the step-son of Pastor Bob Grenier of Calvary Chapel Visalia in California.  He also mentioned in that article the possibility of a defamation lawsuit against him by his father and pastor, so of course that shocked and intrigued me.

I did a bit more searching to find out the back story. You can find Alex’s personal story here.  Below are a couple of paragraphs describing Alex’s story in a nutshell and the purpose of the Calvary Chapel News blog:

My name is Alex Grenier. I am the son of Pastor Bob Grenier of Calvary Chapel Visalia. My brothers and I were physically abused by “Pastor Bob” for our entire time in his home. His board and elders, including Raul Ries (Calvary Chapel Golden Springs), Gary Ruff (Calvary Chapel Foothills) and David Rosales (Calvary Chapel Chino Valley) have ignored the allegations and the requests to have a face-to-face Matt.18 style meeting for Bob to answer his accusers and give his side of the story. Pastor Dave Rolph of Calvary Chapel Pacific Hills has agreed to mediate the meeting. Many requests have been made to Bob’s board, elders and staff…no response to date.

Bob is unrepentant and lying about his many abuses…both physically toward me and my brothers and my mother…and his spiritual abusiveness to many over the 30+ years he has been the pastor of Calvary Chapel Visalia.

. . . . . . In August of 2009 my wife discovered a blog forum about people who had been “shown the door” by Bob/CCV…in this forum were accounts from people who had attended CCV who had been hurt by Bob and tossed aside. I read their stories, felt their pain…and I believed it was time to share my story. I began sharing and the blog exploded. More and more people began sharing their stories of Bob’s abuse and corruption. Many began contacting me privately. So many similarities and patterns of abuse. It truly makes me sick to realize Bob has gotten away with this stuff for over 30 years. Shame on Bob, shame on his board and elders. Shame on the Church.

Alex’s recent post indicates that attorneys representing Alex’s parents, Pastor Bob and Gayle Grenier and Calvary Chapel Visalia, are in fact preparing to file a defamation lawsuit against Alex and four others who post on his blog.  Here we go again – another pastor is suing a blogger and those who dared to expose their experiences on a blog.

It was almost seven months ago I was first threatened by my former pastor with a lawsuit.  This threat was mentioned on a Google review.  I received the subpoena approximately two weeks later.  Of course Alex’s situation is very close to my heart and it sure brings back all of those heightened feelings from that time.

Here is part of the notice from the attorneys:

The letter specifically cites the following “individuals that have posted comments on the website CalvaryChapelNews.com as follows”:

Reading a bit of the Calvary Church Visalia situation, I have found there are similarities with my case, yet there are some distinct differences.  The obvious difference:  my former church was very small – maybe 100 members at the most.  Calvary Chapel Visalia has had around 1,000 regulars, but probably has considerably less attending now.

Both churches have affiliations.  My former church was affiliated with Grace Brethren churches.  Calvary Chapel churches are connected with the Chuck Smith’s Calvary Chapel “fellowship of churches”.  Both churches are independent, however, in that there is really no hierarchal structure that can discipline a pastor who is out of line.  The pastors in the other “sister” churches have their hands tied as to what they can do if there is a case of abuse or any sort of problem.

In both churches, there have been allegations of sexual abuse and spiritual abuse.  (Note:  the sex abuse I am referring to in my former church has to do with the former pastor not reporting a sex offender to authorities.  To my knowledge, no one has ever reported him to be a sex offender.) My former pastor’s first job as pastor was at our former church.  Pastor Bob Grenier pastored a church briefly in Eugene, OR, but then went on to take the pastorate at Calvary Chapel Visalia.  Both pastors were inexperienced as pastors.

The picture of Pastor Bob Grenier and the biographical information below are taken from the Calvary Chapel Visalia church website.   Below is the extent of his personal information posted on the “About Me” page under the “Pastor Bob” tab.

I was born in Winnipeg Canada. That is a city in the province of Manitoba, which is directly above our state of North Dakota.

Our family moved to Florida when I was in the 4th grade. We continued to live in Florida all the way through High School.

The Lord saved me on Feb 6th, 1973, and I entered full time ministry on Feb 12th, 1973, becoming part of the “Shiloh Ministry”, which had grown out of Calvary Chapel in Southern California.

Gayle and I moved here to Visalia in the summer of 1978, and the Lord established Calvary Chapel Visalia. We are both deeply committed to “finishing our course well” See Acts 20, and are blessed beyond words to be serving Jesus Christ in this body of believers.

My personal vision for ministry is found in the book of Ephesians, chapter 4:11-16.

Please reread those dates that he was saved and went into ministry.  He was saved February 6, 1973 and entered full-time ministry six days later?  Is that a typo?  It’s the same year 1973.  Six days after this dude was saved and he went into full-time ministry?  Who does that?!   What is going on here?  How can someone come off the streets after drugs/baggage and be fit for the pastorate?  That is pretty remarkable and I’m not suggesting that in a positive light.  Red flag warning!! 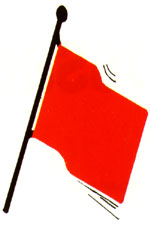 In the bio, you see his wife, Gayle, mentioned, but there is no mention of any children.  I’ve never seen a bio of a pastor not mention children and even possibly grandchildren.   Why would he leave out the names of his children?  Calvary Chapel is all about families.  Take a look at the website to see all the children’s ministries.  Why would he fail to mention his own children   . . . .unless there was a problem???  Is this another red flag?

I want to highlight this paragraph from Pastor Bob Grenier’s bio:

Gayle and I moved here to Visalia in the summer of 1978, and the Lord established Calvary Chapel Visalia. We are both deeply committed to “finishing our course well” See Acts 20, and are blessed beyond words to be serving Jesus Christ in this body of believers.

Bob and Gayle Grenier are not young anymore.  They say they are committed to finishing their course well.  They are committed to finishing the course well by filing a lawsuit against their son and others who are sharing their opinions about what they deem to be abuse?  They are finishing well by cutting off family relationships?  Alex mentioned that his daughter hasn’t seen her grandmother in years.  It is delusional thinking to file a lawsuit against a Believer, against scripture, and think you are finishing well.  Something is clearly wrong.  Who is paying for this lawsuit?  Is the church?  How would the congregants feel if their tithe money was used to support this lawsuit?  Here is more information on the payment of my expensive lawsuit.

This no doubt is a challenging time for Alex and the others who will be named on the suit.  When you are being sued, it feels like life stops in some respects.  Finding an attorney is a challenging and time-consuming process.   You try to do normal tasks, but a dark cloud is over your head wondering all of the “what ifs” and “hows” and “whys”.  I had a lot of people supporting me in my lawsuit.  I’ve told Alex and others on their blog that I will do whatever I can do to provide support and encouragement.

I have more to share on this story later, but I wanted to alert my readers of this serious situation in which another pastor has apparently made the decision to go against scripture and sue not only Christians, but his own son.

I would like to take the opportunity to issue a personal note to Pastor Bob Grenier.

I don’t know you, but please know my heart.  I care about people who are hurting.  Please consider my recent court case.  Take a look at my court documents.  Look at some of the media links on my right sidebar and be sure to read the comments.  Those links are only a fraction of the media/news/blogs that reported our story.  Look at the comments from strangers. Your case will be perceived very similarly to mine by the public – a pastor suing.  That doesn’t look good.  Look at the amount of hits and comments:

Most of the major media sites don’t list the number of hits, but you can see hundreds of comments.  My own blog received 16 and 17 thousand hits in a 3-day period.  The story went around the world which was evident in my personal e-mails.

This was overwhelmingly negative attention that my former pastor received due to his choice to sue me and four others.  One news report mentioned that he received hate mail.  This media attention undoubtedly brought more disruption to the pastor, his family, and the church.  Is this what you are looking forward to?  If you do a quick search on my pastor’s name or the name of the church, the legal case is found on pages and pages on Google.  Do you want your church to have the reputation as the suing church and suing pastor?  Learn from my former pastor’s experience.

Instead, why don’t you look at the claims of people on the Calvary Chapel blog.  If there is some truth, make amends.  Get help with mediation.  This is the right thing to do.   Bob, finish your course well.

33 thoughts on “Pastor Bob Grenier of Calvary Chapel to File Defamation Lawsuit Against Son and Blogger?”