Today I am posting a personal story from a woman named Cindy who left a comment yesterday on the 3-1/2-year-old article, Being Married to a Pedophile: A Wife Speaks Out and Offers Hope to Other Wives of Pedophiles, which has continued to reach women who are searching for support.

Her comment was posted at 4AM on the West Coast the day after Christmas. It got me wondering . . . maybe Cindy lives on the East Coast and was posting this in the quiet hours of 1AM after a pleasant Christmas day (the story ends on a positive note). What struck me was that she posted this around the time where families are gathered for the holidays. Perhaps she, too, was reminiscing of Christmases past, of what it was like when their family appeared to be whole and happy. But obviously she also thought about the pain and felt at liberty to share that with us the process of getting to acceptance and peace with herself and her family. The memories of living through the destruction that pedophilia brings to a family doesn’t ever entirely leave. And maybe that’s why Cindy shared her story – to personally acknowledge what she went through, to share it in a safe place where others who have walked in her shoes can also identify.

Although this story is not about abuse in church, this is about abuse that many families go through. How can the church connect with these hurting families and support them?  I share these stories because pedophilia is yucky and disgusting. It’s easier to walk away and let someone else deal with it. The reality is that being the wife of a pedophile is a lonely place. Once the pedophile is discovered, their family will never be the same. They don’t need to walk this path alone.

Being the wife of a pedophile is a difficult place to be. The sexual abuse brought on by the perpetrator is only the beginning of the harm. The abuse extends to the spouse, immediately family, extended family, and friends because of the lies, coverup, grooming, manipulation.

In a family, the abuse may remain quiet for years, while the victims live in a silent prison of painful memories. After the exposure of sexual abuse, there are differing responses: disbelief, shame, denial, sadness, anger, etc. And just like other forms of abuse, not everybody sees it as abuse at the same time. There is a process. This process can tear families apart. You can see that in Cindy’s story.

In Cindy’s story, we read about what it was like for her as she came to grips with her husband’s secret life of committing sexual crimes against children and how it affected the relationships in her family and extended family.

Please be forewarned. The content of  Cindy’s story is of sexual nature and may be triggering to those who have experienced sexual abuse. 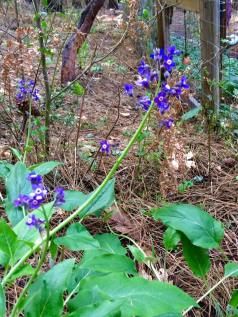 We moved in right before we married and all was so good. When my youngest was 3 right after we married, he started bathing her in the afternoons before I got home from work. I asked him to not do that anymore because it just didn’t feel right, and he stopped and I never really thought of it again.

After several years together, he started wanting to role play during sex. In the beginning it was ok to do every now and then It was when he wanted me to be a teenager, and we would laugh about our age difference and what would have happened if we met when I was that young. It became the only way he wanted to have sex and the age kept getting younger. I told him that I just couldn’t do that anymore, my girls were getting older and it bothered me. So our sex life became nonexistent.

The two older girls grew up and moved out. The youngest got pretty rebellious and got pregnant at 15. She had a beautiful little girl; they lived with us until my daughter graduated from high school.

When my granddaughter was around 2, my husband’s niece accused him of molesting her sister when they were little girls. The sister told her mom that he didn’t do anything to her and she didn’t know why her sister was saying that, so we all just moved along and forgot that too.

When my granddaughter was 3, almost 4, my daughter had trouble finding day care so the granddaughter stayed with us a lot. He was retired and I worked nearby, so he would keep her during the day. After a couple of months, my daughter quit bringing her and would not talk to me.

Finally, after a few weeks, she contacted me one morning and said that he had molested my granddaughter. Well I just could not imagine that. In another week the police asked us to come in and talk with them. At this point I almost had a nervous breakdown. There were these old things that had happened that kept playing in my mind, but him being the manipulator, he always explained things away. And mostly I believed him because he and my older daughters never had gotten along well.

It was almost Easter and I called my mom to see what to bring, and she wouldn’t talk to me either. All I knew was that they said he did something to my granddaughter, I had no idea what it was because no one would talk to me so I assumed that nothing had really happened.

One full year went by with no word from my family or from the police department, so I assumed there was nothing to it. My husband needed a knee replacement so he went in for surgery and ended up going into afib and was in ICU for a week. The day after I brought him home from the hospital, the sheriff’s department showed up at our door really late that night and said he had been indicted on 5 counts of aggravated sexual assault of a child. I was just blown away, he was in jail for a week but was released with a reduced bond due to his health.

They kept moving the trial date as they do in criminal court a lot. We went to trial in July of 2015. Seeing my family there was one of the hardest things. I was still in denial, I testified on his behalf. He was found guilty of 3 of the aggravated sexual assault charges, as well as indecency with a child by exposure and another indecency charge. He was given the highest sentence because even with the lowest one it would mean life in prison for him. He was 66 at the time of the trial. He went immediately to jail and His attorney immediately filed an appeal.

We kept in touch regularly, but deep inside me this whole time i was just so unsure of everything. I loved my granddaughter so much. My heart was broken. Through out all this time, I had relied on my Faith and asked God daily to give me the wisdom to know the truth, I stayed so agitated and depressed.

In December of last year, my sister-in-law called and told me that her oldest daughter was in counseling because she was remembering my husband molesting her when she was little, and the other daughter said she was having dreams and remembering him molesting her. I felt like that was God giving me the answer I needed. I waited until he called from prison and told him that I was divorcing him and cut off his phone calls and wrote him to tell him he could not contact me.

In the last year, I divorced him. I got my family back and I am so thankful. I dealt with the ones who blamed me, wondering how could I let that happen. I’ve dealt with those who couldn’t look me in the eye, and I certainly have had supporters that I am so thankful for.

I have learned that he groomed me and tried to groom my daughters. He called them into the bathroom when he was showering to ask them to get him a towel. He walked around the house naked at night and sometimes with an erection. He had my oldest daughter model her swimsuit for him, using the excuse that he needed to see if it looked decent.

He is now in prison for life. And my family, it’s healing.

44 thoughts on “Personal Story: Wife of Pedophile Shares How Her Husband Manipulated Her from Seeing the Truth”