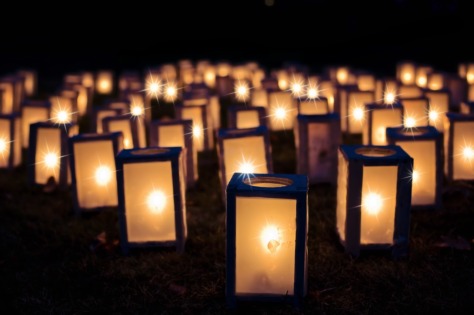 Merry Christmas everyone! Today’s gathering will be the final day in the Advent season. May you have a wonderful Christmas day with loved ones and may peace, love and joy fill your home.

The people walking in darkness have seen a great light; on those living in the land of the shadow of death a light has dawned. You have enlarged the nation and increased their joy; they rejoice before you as the people rejoice at the harvest, as men rejoice when dividing the plunder. For as in the day of Midian’s defeat, you have shattered the yoke that burdens them, the bar across their shoulders, the rod of their oppressor. Every warrior’s boot used in battle and every garment rolled in blood will be destined for burning, will be fuel for the fire.

For to us a child is born, to us a son is given, and the government will be on his shoulders. And he will be called Wonderful Counselor, Mighty God, Everlasting Father, Prince of Peace. Of the increase of his government and peace there will be no end. He will reign on David’s throne and over his kingdom, establishing and upholding it with justice and righteousness from that time on and forever. The zeal of the Lord Almighty will accomplish this.

For great is the Lord and most worthy of praise; he is to be feared above all gods. For all the gods of the nations are idols, but the Lord made the heavens. Splendor and majesty are before him; strength and glory are in his sanctuary.

Say among the nations, “The Lord reigns.” The world is firmly established, it cannot be moved; he will judge the peoples with equity. Let the heavens rejoice, let the earth be glad; let the sea resound, and all that is in it; let the fields be jubilant, and everything in them. Then all the trees of the forest will sing for joy; they will sing before the Lord, for he comes, he comes to judge the earth. He will judge the world in righteousness and the peoples in his truth.

For the grace of God that brings salvation has appeared to all men. It teaches us to say, “No” to ungodliness and worldly passions, and to live self-controlled, upright and godly lives in this present age, while we wait for the blessed hope – the glorious appearing of our great God and Savior, Jesus Christ, who gave himself for us to redeem us from all wickedness and to purify for himself a people that are his very own, eager to do what is good.

In those days Caesar Augustus issued a decree that a census should be taken of the entire Roman world. This was the first census that took place while Quirinius was governor of Syria. And everyone went to his own town to register.

So Joseph also went up from the town of Nazareth in Galilee to Judea, to Bethlehem the town of David, because he belonged to the house and line of David. He went there to register with Mary, who was pledged to be married to him and was expecting a child. While they were there, the time came for the baby to be born, and she gave birth to her firstborn, a son. She wrapped him in cloths and placed him in a manger, because there was no room for them in the inn.

And there were shepherds living out in the fields nearby, keeping watch over their flocks at night. An angel of the Lord appeared to them, and the glory of the Lord shone around them, and they were terrified. But the angel said to them, “Do not be afraid. I bring you good news of great joy that will be for all the people. Today in the town of David a Savior has been born to you; he is Christ the Lord. This will be a sign to you: You will find a baby wrapped in cloths and lying in a manger.”

Suddenly a great company of the heavenly host appeared with the angel, praising God and saying, “Glory to God in the highest, and on earth peace to men on whom his favor rests.”