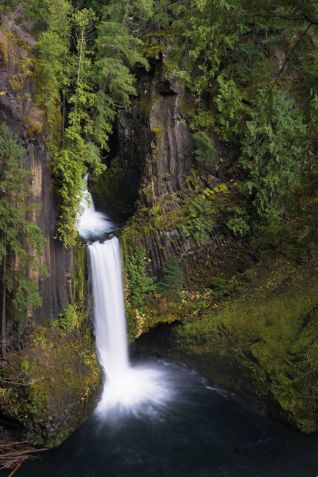 On the first day of the week, very early in the morning, the women took the spices they had prepared and went to the tomb, but when they entered, they did not find the body of the Lord Jesus. While they were wondering about this, suddenly two men in clothes that gleamed like lightning stood beside them. In their fright the women bowed down with their faces to the ground, but the men said to the, “Why do you look for the living among the dead? He is not here; he has risen! Remember how he told you, while he was still with you in Galilee: ‘The Son of Man must be delivered into the hands of sinful men, be crucified and on the third day be raised again.'” Then they remembered his words.

When they came back from the tomb, they told all these things to the Eleven and to all the others. It was Mary Magdalene, Joanna, Mary the mother of James, and the others with them who told this to the apostles. But they did not believe the women, because their words seemed to them like nonsense. Peter, however, got up and ran to the tomb. Bending over, he saw the strips of linen lying by themselves, and he went away, wondering to himself what had happened.

Come, let us sing for joy to the Lord; let us shout aloud to the Rock of our salvation. Let us come before him with thanksgiving and extol him with music and song.

For the Lord is the great God, the great King above all gods. In his hand are the depths of the earth, and the mountain peaks belong to him. The sea is his, for he made it, and his hands formed the dry land.

Come, let us bow down in worship, let us kneel before the Lord our Maker; for he is our God and we are the people of his pasture, the flock under his care.

Today if you hear his voice do not harden your hearts as you did at Meribah, as you did that day at Massah in the desert, where your fathers tested and tried me, though they had seen what I did. For forty years I was angry with that generation; I said, “They are a people whose hearts go astry, and they have not known my ways.” So I declared on oath in my anger, “They shall never enter my rest.”