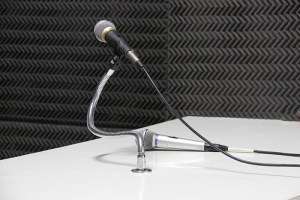 On May 28, 2015, Kevin Swanson entered the foray of folks talking about the revelation of Josh Duggar sexually molesting several little girls when he was a teen. His radio show, “The Duggars – Why the Media Storm” starts off with the vague assertion that no matter what Christians may say about the Duggars, the world will attack because the world hates the Duggars because they don’t take birth control. Right.

Instead of focusing on the issue at hand, here is what Swanson was not going to say:

Whew! Am I glad that Swanson saved us all from listening to an uncomfortable conversation about the real issues surrounding the Duggar situation. So what did Swanson manage to talk about?

Well, he did manage to state that his radio show, Generations With Vision, is a part of the parent organization Christian Home Educators of Colorado (CHEC). And, he did manage to mention that the Duggars have been invited to the Rocky Mountain Super Conference on the Family. He also mentioned that while the Duggars have not be asked to not appear at the conference by CHEC, the Duggars also have not informed CHEC that they will not be upholding their speaking engagement. So, as far as we know, the Duggars will still be making their appearance at this “super” conference. You know, all of this information would have made for a great disclaimer at the beginning of the show.

So why has CHEC not revoked their invitation to the Duggars for this upcoming conference? It’s all about forgiveness. And, praying and loving the Duggars. And because sin is bad (because God said so), but Jesus went to the cross for that sin so who are we to judge? I think we all just got Jesus-juked.

If it’s all about forgiveness and not judging, then I want to know when the Duggars asked CHEC and Kevin Swanson to forgive them of their sins. When did Josh Duggar approach the organization and confess what he did and ask for forgiveness? When did Michelle and Jim Bob approach the organization and Kevin Swanson and confess how they manipulated the system to hide what their son had done and ask for forgiveness? Why does Kevin Swanson pull the forgiveness card so easily when he was not the one who was wronged? Why is he so quick to forgive and forget? Honestly, it is my opinion that Kevin Swanson views victims of sexual abuse as bitter and he has very little empathy toward victims of abuse.

Co-host, Steve Vaughn, summarizes this attitude by quoting Ephesians 4:31-32, “Get rid of all bitterness, rage and anger, brawling and slander, along with every form of malice. Be kind and compassionate to one another, forgiving each other, just as in Christ God forgave you.” With this comes the call for all Christians to put it all away. Stop being bitter and slanderous toward the Duggars. Be tender-hearted and compassionate. Because that is what the gospel of Jesus Christ is all about.

Shame on you, Steve Vaughn, for callously laughing at victims of incest. And for saying that homosexuality is the same as incest.

Shame on you, Kevin Swanson, for not taking seriously the issues that have been exposed about how the Duggars mishandled Josh’s sexual molesting of young children.

And, shame on you Kevin Swanson for the appearance of not addressing the issue because it may impact your parent organization’s “super” conference. Because, if the Duggars don’t show up, then you need to take out “We’ve Got the Duggars” on your banner and then people may not be as interested in attending.