What does the Bible say about parental authority? Is mom equal with dad? 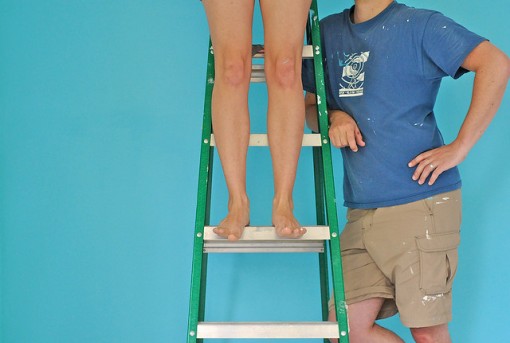 Disobedience to God can lead to judgment.

If fathers relinquish a degree of their authority in the home,

then their home could be at risk. Steve C. Halbrook

So, tell me how it works in your home.  Does mom have equal clout as dad when it comes to parenting?  How do you present yourselves as a couple to the kids?  Is dad higher up on the authority ladder or are they both on the same rung? There’s a new article out on a Theonomy Resource blog discussing just this topic.  I wanted to share excerpts here for discussion.

A little background:  blogger, Steve C. Halbrook has an “M. A. in government from Regent University (2008), with a focus on biblical civil government. His theology is Reformed” (Source).

His bio says his theology is Reformed, but to be more specific, take a look at how Wikipedia describes Theonomy and then take a look at Christian Reconstructionism while you’re at it.

The blog’s title is, Does Scripture Teach 1) Consistent Male Headship, or 2) that Parents have Equal Authority in Raising Children?

Opening paragraph attempts to make the case that if one holds to male headship, then the same hierarchy should apply with parenting, meaning women do not have an equal position of authority when it comes to raising of children:

Should male headship be consistent, or restricted? While one would think that those in conservative Christian circles would advocate the former, there are some who advocate the following: “While wives must submit to their husbands in some respects, husbands and wives have equal authority in teaching and raising children.”

The next subtitle is “The doctrine of male headship opposes equal parental authority,” and attempts to establish that male headship doctrine would prohibit any possibility of women holding an equal position in hierarchy in parenting (bolding was done by blog author):

Let a woman learn quietly with all submissiveness. I do not permit a woman to teach or to exercise authority over a man; rather, she is to remain quiet. For Adam was formed first, then Eve; and Adam was not deceived, but the woman was deceived and became a transgressor. (1 Timothy 2:11-14)

Mr. Halbrook makes note of the verse in scripture about women keeping silent in church and says:

As in all the churches of the saints, the women should keep silent in the churches. For they are not permitted to speak, but should be in submission, as the Law also says. If there is anything they desire to learn, let them ask their husbands at home. For it is shameful for a woman to speak in church. (1 Corinthians 14:33b-35)

Here we see that at home, the husband is to be the teacher of his wife. With this being the case, how can husband and wife have equal authority in teaching their children?
**

Mr. Halbrook believes he has a case for why there cannot be equal parenting in a male-headship home and outlines the dangers:

It opposes Christ’s total headship over the church

It deprives wives of spiritual and physical protection

It damages the father’s role as spiritual leader

It opposes elder qualifications and endangers the church

It is destructive to society

It can provoke God’s wrath

Anyone who takes the doctrine of consistent male headship to mean that the mother cannot have a say in child rearing must ask himself whether he has been more influenced by feminism than by Scripture in this matter.

And now we read about the deadly influence of feminism.  Has someone died for espousing feminism? What is he talking about?  I don’t have a clue:

As for the position that says that fathers and mothers have equal parenting authority, I’m not sure how this differs from egalitarian feminism (at least in the sphere of parenting). At the very least, it reinforces the deadly influence that feminism already has in Christian circles.

78 thoughts on “Biblical Parental Authority: Is Mom Equal with Dad on the Hierarchy Ladder or is Dad on the Highest Rung?”