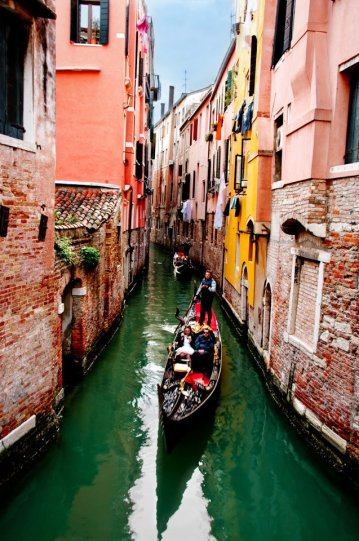 All the believers were one in heart and mind. No one claimed that any of his possessions was his own, but they shared everything they had. With great power the apostles continued to testify to the resurrection of the Lord Jesus, and much grace was upon them all. There were no needy persons among them. For from time to time those who owned lands or houses sold them, brought the money from the sales and put it at the apostles’ feet, and it was distributed to anyone as he had need.

Joseph, a Levite from Cyprus, whom the apostles called Barnabas (which means Son of Encouragement), sold a field he owned and brought the money and put it at the apostles’ feet.

Now a man named Ananias, together with his wife Sapphira, also sold a piece of property. With his wife’s full knowledge he kept back part of the money for himself, but brought the rest and put it at the apostles’ feet.

Then Peter said, “Ananias, how is it that Satan has so filled your heart that you have lied to the Holy Spirit and have kept for yourself some of the money you received for the land? Didn’t it belong to you before it was sold? And after it was sold, wasn’t the money at your disposal? What made you think of doing such a thing? You have not lied to men but to God”

When Ananias heard this, he fell down and died. And great fear seized all who heard what had happened. Then the young men came forward, wrapped up his body, and carried him out and buried him.

About three hours later his wife came in, not knowing what had happened. Peter asked her, “Tell me, is this the price you and Ananias got for the land?”

Peter said to her, “How could you agree to test the Spirit of the Lord? Look! The feet of the men who buried your husband are at the door, and they will carry you out also.”

At that moment she fell down at his feet and died. Then the young men came in and, finding her dead, carried her out and buried her beside her husband. Great fear seized the whole church and all who heard about these events.

After these events, King Xerxes honored Haman son of Hammedatha, the Agagite, elevating him and giving him a seat of honor higher than that of all the other nobles. All the royal officials at the king’s gate knelt down and paid honor to Haman, for the king had commanded this concerning him. But Mordecai would not kneel down or pay him honor.

Then the royal officials at the king’s gate asked Mordecai, “Why do you disobey the king’s command?” Day after day they spoke to him but he refused to comply. Therefore they told Haman about it to see whether Mordecai’s behavior would be tolerated, for he had told them he was a Jew.

When Haman saw that Mordecai would not kneel down or pay him honor, he was enraged. Yet having learned who Mordecai’s people were, he scorned the idea of killing only Mordecai. Instead Haman looked for a way to destroy all Mordecai’s people, the Jews, throughout the whole kingdom of Xerxes.

Then Haman said to King Xerxes, “There is a certain people dispersed and scattered among the peoples in all the provinces of your kingdom whose customs are different from those of all other people and who do not obey the king’s laws; it is not in the king’s best interest to tolerate them. If it pleases the king, let a decree be issued to destroy them, and I will put ten thousand talents of silver into the royal treasury for the men who carry out this business.”

So the king took his signet ring from his finger and gave it to Haman son of Hammedatha, the Agagite, the enemy of the Jews. “Keep the money,” the king said to Haman, “and do with the people as you please.”

Then on the thirteenth day of the first month the royal secretaries were summoned. They wrote out in the script of each province and in the language of each people all Haman’s orders to the king’s satraps, the governors of the various provinces and the nobles of the various peoples. These were written in the name of King Xerxes himself and sealed with is own ring. Dispatches were sent by couriers to all the king’s provinces with the order to destroy, kill and annihilate all the Jews – young and old, women and little children – on a single day, the thirteenth day of the twelfth month, the month of Adar, and to plunder their goods. A copy of the text of the edict was to be issued as law in every province and made known to the people of every nationality so they would be ready for that day.

Spurred on by the king’s command, the couriers went out, and the edict was issued in the citadel of Susa. The king and Haman sat down to drink, but the city of Susa was bewildered.

The righteous care about justice for the poor, but the wicked have no such concern.