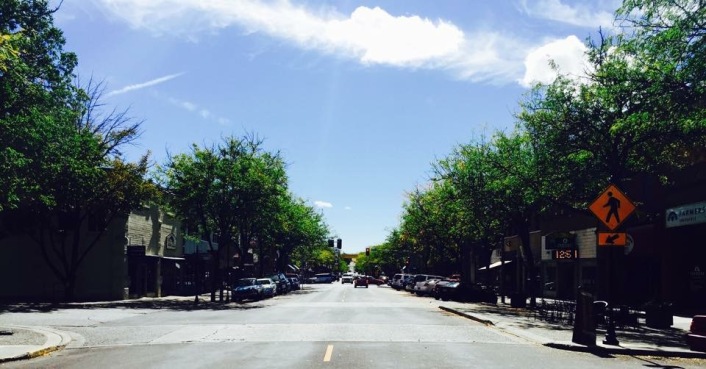 I went to Moscow, Idaho, recently to meet with people who have been part of Doug Wilson’s Christ Church and with people who have been negatively impacted by him. My first priority was to listen to and support those who had felt harmed by him. Secondly, I wanted to get a feel for the Moscow community: how were the people in town treated by Wilson and those connected with his church, college, and/or seminary? How did the long-time locals feel about the CREC presence in their community?

Yesterday, I came across a note written by Rose Huskey to an online group of people from Moscow, Idaho area.  The online group is called Vision 2020, and the group has been going on for quite some time. In fact, last night, I read archives from 2003, and even a dozen years ago, there were concerns raised from people within the community regarding Wilson.

While I typically cover stories from survivors who are part of a particular church, this is different. This is from someone who does not attend Christ Church, but who is airing her frustration of Doug Wilson publicly. She is a long-time resident and is concerned about the goings on in her community. Over the years, Rose has had growing concerns with what she has seen, and you will see from her note below, she has spent a lot of time fact checking to expose what she has found. I think Rose Huskey’s words need a broader audience than the online Moscow community. If a man is professing to be a Christian pastor is not only overstepping bounds in his church, but also his community, this behavior should not be hidden.

Once again the self-appointed pastor of a homemade church, (yes, I mean Doug Wilson and Christ Church – and by extension, his “daughter” church, Trinity Reform, (aka The Fellowship of Grievance – FOG – as Doug used to refer to them) is garnering the negative attention that they so richly deserve. And, which, sadly, also tars our community by geographic proximity.

Rod Dreher of the American Conservative blogged yesterday on the decade old sexual abuse cases that still taint the Kirk (Doug’s feeble effort to pretend his church has connections to Scotland).  Steven Sitler and Jamin Wight, both convicted sexual felons, continue to live amongst us (albeit under the supervision of the Idaho Department of Corrections in Sitler’s case.)  Below is a letter I sent via email to Doug Wilson and Toby Sumpter (pastors respectively to Christ Church and Trinity Reformed) and the officers – who are named so that you will know the jackasses who support their “religious” efforts.  I urge you, to avoid any business whose owners and employee(s) attend and tithe to either church – unless, of course, you support their position on the harmony of ante-bellum slavery; the role of women in the church and home (silent and “always willing to be a garden” tended by their husbands sums it up);  “disciplines”children with whacks followed by prayer, father directed courtship, and glories in the inbreed nepotism of the Wilson empire.

I stand by my words, I sign my letters (Hey there toadie, “Dave” who lacked the balls to sign his last name when he called me a “non-Christian” hater (the remarks were removed from the Dreher website probably by the blog owner), frankly, you don’t know s*** from shinola about me, but I have a pretty good idea what your last name is.

(Rather than send individual email’s I send this email to the heads of your various organizations.  I trust (that is probably foolish, isn’t it?) they will forward it to those under their leadership.  Just in case someone decides not to share this with you I will be sending this message to Vision 2020 for the community to read, and perhaps one of them will be good enough to pass it along.)

When in the name of God and all that is holy will you separate yourselves from the self-serving lies Douglas J. Wilson continues to tell?  Recently the mishandled sexual abuse cases which plagued your church ten years ago have reached critical mass nationally.  Yesterday, Ron Dreher published a story about the abuse and graciously allowed Doug Wilson to respond. Doug offered many untrue or misleading remarks in his defense.  I’ll offer a few examples:

“Steven was caught in March of 2005. I counseled the father of the victim to turn Steven into the authorities immediately. That happened the following day, and Steven was arrested. He was immediately expelled from New St. Andrews College.”

The timeline that Doug describes is deliberately inaccurate.  Please read a report made to the Latah County Sheriff’s office by the father of the victims, four days after his heinous discovery. And, by the way, you might ask yourselves why Mr. X reported that Steven Sitler attended the University of Idaho and didn’t mention New Saint Andrews College?

Steven confessed to Mr. X in the late afternoon of March 10, 2005.  Later that evening Mr. X called Doug Wilson who asked the X parents to come to his office after lunch the next day.  Steven remained in their home until the morning of the 11th.  Authorities were not contacted.  The next morning –  after 9:00 a.m. Steven left for his home in Colville, Washington.  After lunch the parents met with Doug Wilson in his office.  He arranged for Greg Dickison, family friend and Christ Church member to contact authorities (after Sitler was safely across state lines). The X family left for a pre-planned family vacation.

Steven Sitler was never arrested as Doug Wilson must have known that.  An arrest warrant was filed but never served. He was taken into custody on September 26th 2005, (follow the clear direction to access Steven Sitler’s court record) more than six months after the molestations were discovered.

To understand how this issue was controlled and contained for several months amongst some (if not all) of the officers, please consider the religious affiliations of the principal players in this tragedy.

Do you understand how this incestuous relationship casts doubt on everything surrounding the way Doug orchestrated this sickening mess?  You have a source for primary court documents do they conflict with what you were told?  What/who is more reliable, official court documents or your pastor who has spun, and continues to spin his own self-interested story?

It is the case that you gentlemen have chosen with your hearts and minds to follow Doug Wilson to hell and back – while pretending to proclaim Christ in your heart and lives.  For the sake of your souls, your family, and your interest in the community of Moscow, I beg you to turn your back on Doug Wilson and all he represents, with one exception.  As he formed his own church in the early 1990s you too can do the same thing.  You can worship God with joy and freedom without the specter of Doug Wilson, his dirty deeds and rapidly declining reputation infecting you and yours.  In the meantime, if I were on the faculty of NSA, Logos, or employed in any other business in Doug’s empire, I would begin to look for another position.  At some point his kingdom is going to fall into a thousand pieces (God is good and He is great) and you will need to feed and care for your families.

If Doug publicly repents then you might, (after a suitable and penitential exile) consider allowing him join with you in worship as a member, not an officer.  I beg you to read and meditate on Ezekiel 34 and I say sorrowfully, (not on your behalf but on the behalf of your families and congregations) and in truth to you, you are wicked shepherds, and there is a great cost associated with that behavior.

34 And the word of the Lord came unto me, saying,

3 Ye eat the fat, and ye clothe yourselves with the wool, ye kill the ones that are fed; but ye feed not the flock.

6 My sheep wandered through all the mountains and upon every high hill; yea, My flock was scattered upon all the face of the earth, and none did search or seek after them.

7 “‘Therefore, ye shepherds, hear the word of the Lord:

8 As I live, saith the Lord God, surely because My flock became a prey and My flock became meat to every beast of the field because there was no shepherd, neither did My shepherds search for My flock, but the shepherds fed themselves and fed not My flock,

9 therefore, O ye shepherds, hear the word of the Lord.

10 Thus saith the Lord God: Behold, I am against the shepherds; and I will require My flock at their hand and cause them to cease from feeding the flock, neither shall the shepherds feed themselves any more. For I will deliver My flock from their mouth, that they may not be meat for them.

*UPDATE from Rose Huskey 10/2/15 Yesterday I posted a note on Vision 2020 that was a copy of an email I mailed to Christ Church and Trinity Reformed Church.  I relied on the church websites to obtain the names of the church officers.  Matthew Breese was included in the named officers of Trinity Reformed.  I have learned that his name should not have been included as he is no longer a church officer.

JA has edited to remove his name.  ~ja