I’m in the middle of working on an article about street evangelist Tony Miano and the recent evangelism conference sponsored by my former pastor, but just ran across this tweet and decided to post it for a quickie Sunday evening post. 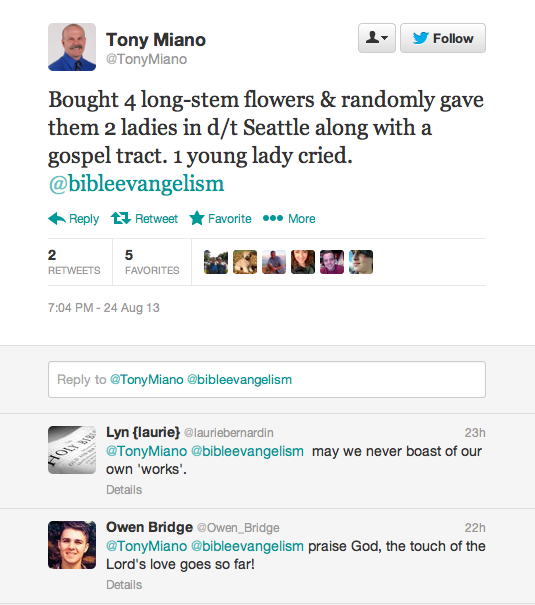 139 thoughts on “Tony Miano: Tweeting from the Heart”