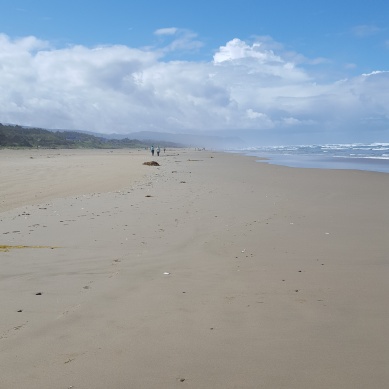 Not to us, Lord, not to us but to your name be the glory, because of your love and faithfulness.

Why do the nations say, “Where is their God?” Our God is in heaven; he does whatever pleases him. But their idols are silver and gold, made by human hands. They have mouths, but cannot speak, eyes, but cannot see. They have ears, but cannot hear, noses, but cannot smell. They have hands, but cannot feel, feet, but cannot walk, nor can they utter a sound with their throats. Those who make them will be like them, and so will all who trust in them.

May the Lord cause you to flourish, both you and your children. May you be blessed by the Lord, the Maker of heaven and earth.

The highest heavens belong to the Lord, but the earth he has given to mankind. It is not the dead who praise the Lord, those who go down to the place of silence; it is we who extol the Lord, both now and forevermore. Praise the Lord.

After sighting Cyprus and passing to the south of it, we sailed on to Syria. We landed at Tyre, where our ship was to unload its cargo. We sought out the disciples there and stayed with them seven days. Through the Spirit they urged Paul not to go on to Jerusalem. When it was time to leave, we left and continued on our way. All of them, including wives and children, accompanied us out of the city, and there on the beach we knelt to pray. After saying goodbye to each other, we went aboard the ship, and they returned home.

We continued our voyage from Tyre and landed at Ptolemais, where we greeted the brothers and sisters and stayed with them for a day. Leaving the next day, we reached Caesarea and stayed at the house of Philip the evangelist, one of the Seven. He had four unmarried daughters who prophesied.

After we had been there a number of days, a prophet named Agabuscame down from Judea. Coming over to us, he took Paul’s belt, tied his own hands and feet with it and said, “The Holy Spirit says, ‘In this way the Jewish leaders in Jerusalem will bind the owner of this belt and will hand him over to the Gentiles.’”

When we heard this, we and the people there pleaded with Paul not to go up to Jerusalem. Then Paul answered, “Why are you weeping and breaking my heart? I am ready not only to be bound, but also to die in Jerusalem for the name of the Lord Jesus.” When he would not be dissuaded, we gave up and said, “The Lord’s will be done.”

After this, we started on our way up to Jerusalem.

They went to Capernaum, and when the Sabbath came, Jesus went into the synagogue and began to teach. The people were amazed at his teaching, because he taught them as one who had authority, not as the teachers of the law. Just then a man in their synagogue who was possessed by an impure spirit cried out,“What do you want with us,Jesus of Nazareth? Have you come to destroy us? I know who you are—the Holy One of God!”

“Be quiet!” said Jesus sternly. “Come out of him!” The impure spirit shook the man violently and came out of him with a shriek.

The people were all so amazed that they asked each other, “What is this? A new teaching— and with authority! He even gives orders to impure spirits and they obey him.”