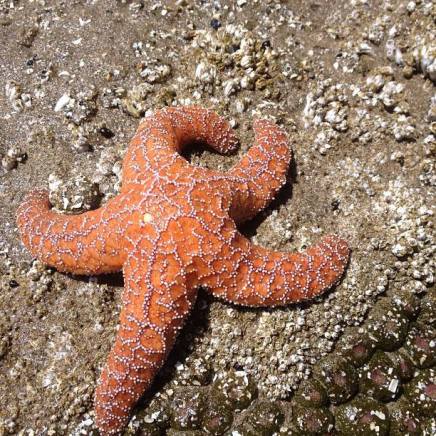 “There was a rich man who was dressed in purple and fine linen and lived in luxury every day. At his gate was laid a beggar named Lazarus, covered with sores and longing to eat what fell from the rich man’s table. Even the dogs came and licked his sores.

“The time came when the beggar died and the angels carried him to Abraham’s side. The rich man also died and was buried. In hell, where he was in torment, he looked up and saw Abraham far away, with Lazarus by his side. So he called to him, ‘Father Abraham, have pity on me and send Lazarus to dip the tip of his finger in water and cool my tongue, because I am in agony in this fire.’

“But Abraham replied, ‘Son, remember that in your lifetime you received your good things, while Lazarus received bad things, but now he is comforted here and you are in agony. And besides all this, between us and you a great chasm has been fixed, so that those who want to go from here to you cannot, nor can anyone cross over from there to us.’

“He answered, ‘Then I beg you, father, send Lazarus to my father’s house, for I have five brothers. Let him warn them, so that they will not also come to this place of torment.’ Abraham replied, ‘They have Moses and the Prophets; let them listen to him.’ ‘No, father Abraham,’ he said, ‘but if someone from the dead goes to them, they will repent.’ He said to him, ‘If they do not listen to Moses and the prophets, they will not be convinced even if someone rises from the dead.”

Then Jesus said to his disciples: “Things that cause people to sin are bound to come, but woe to that person through whom they come. It would be better for him to be thrown into the sea with a millstone tied around his neck than for him to cause one of these little ones to sin. So watch yourselves.

“If your brother sins, rebuke him, and if he repents, forgive him. If he sins against you seven times in a day, and seven times comes back to you and says, ‘I repent,’ forgive him.”

The apostles said to the Lord, “Increase our faith! He replied, “If you have faith as small as a mustard seed, you can say to this mulberry tree, ‘Be uprooted and planted in the sea,’ and it will obey you.

“Suppose one of you had a servant plowing or looking after the sheep. Would he say to the servant when he comes in from the field, ‘Come along now and sit down to eat’? Would he not rather say, ‘Prepare my supper, get yourself ready and wait on me while I eat and drink; after that you may eat and drink’? Would he thank the servant because he did what he was told to do? So you also, when you have done everything you were told to do, should say, ‘We are unworthy servants; we have only done our duty.'”

Praise be to the God and Father of our Lord Jesus Christ, the Father of compassion and the God of all comfort, who comforts us in all our troubles, so that we can comfort those in any trouble with the comfort we ourselves have received from God.