Note from Julie Anne:  Here is another personal account that came in as a comment, but I felt it needed to be a post by itself. In this account, there is discussion about Classical Conversations functions in cult-like ways. Classical Conversations is so big that there are probably many groups that do not function as a cult, but it’s important to note the characteristics of controlling behavior which is the bedrock in cults.

Off the top of my head, here are some of the typical behaviors we see in high-controlling or cult-like groups: 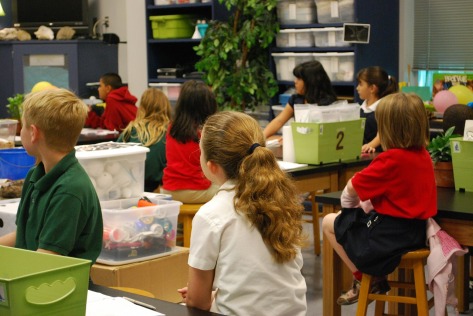 I have been a CC parent for many years. It initially blessed us because as a parent, I could say “no” to things that weren’t working for us. I was aware of the constant edicts and rule changes from Corporate because the tutors were always having to jump through ridiculous hoops. The company is notoriously anti-technology, as evidenced by their own disorganized and unreliable web site. Also, many moms felt like money was a primary motivator. They charged money for everything: expensive tuition and fees, made all their own texts mandatory and expensive, and then charged a monthly fee to look at resources created and donated by other moms!

But our local community was pleasant and close knit, so we tolerated it, like proverbial frogs in the pot, we were growing dependent on the materials. They constantly said we were the teachers, but went out of their way to make us believe we needed CC to do it, to “trust the system,” to follow the plan the way they said. We had no local say, not even what ages our kids could stop and start various levels! They made the rules.

Everything began to change for us as I stepped up to tutor and later Direct, mainly to offset the cost. The corporate overreach was insane. They literally took over my life and every aspect of my classroom. They dominated my free time with mandatory trainings and other requirements.

All questioning was labelled as sinful or rebellious, and I was made to feel that theirs is the only way. Students who cant keep up are inadequate, all the while spouting this “knowing God and making Him known” motto that does NOT play out on the corporate level. They are all about Jesus when its convenient.

Anyone who asks about these things on their forum or social media is deleted or blocked. Sometimes they use it as grounds for termination. No free speech, even on your own time.

They place multiple layers of “management” between local and corporate, puppets who have lied to us, made us sign contracts that are filled with overreach (thankfully my lawyer was clear about all the items that were so outside labor standards, that they were not only unenforceable, but likely voided the contract), and were cruel to us when we stood our ground.

They have terminated numerous directors in my area for bogus reasons not in the contract. They dictate exactly what you can say, when and how you can say it, but continue to call us independent contractors, and they run their profit-making enterprise from churches who assume they are a non-profit homeschool co-op.

I admit it wasn’t until they pressed me to do “fund raising” for a local training that I even realized they weren’t non-profit. Of course the businesses we approached laughed in our face. “Donate” money to another business just because they present themselves as homeschoolers and Christians? It was laughable I guess.

I feel this organization uses Christian families for gain, and hides behind Christ while they line their pockets. I also feel they run in a cult-like manner, slowly brainwashing families into seeing what isn’t there. My local group is great, but not really worth giving up my freedom that we homeschoolers are so blessed to have.

14 thoughts on “Classical Conversations #7: Business or a Non-Profit; Cult or a Christian Homeschool Group?”