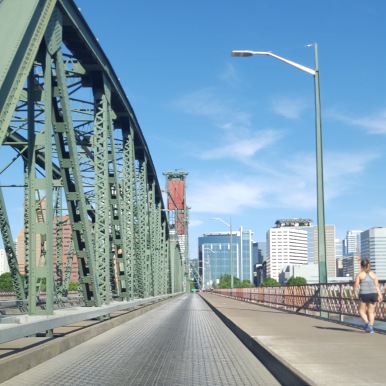 You, God, are my God, earnestly I seek you, I thirst for you, my whole being longs for you, in a dry and parched land where there is no water.

I have seen you in the sanctuary and beheld your power and your glory. Because your love is better than life, my lips will glorify you. I will praise you as long as I live, and in your name I will lift up my hands. I will be fully satisfied as with the richest of foods; with singing lips my mouth will praise you.

On my bed I remember you; I think of you through the watches of the night. Because you are my help, I sing in the shadow of your wings. I cling to you; your right hand upholds me.

Those who want to kill me will be destroyed; they will go down to the depths of the earth. They will be given over to the sword and become food for jackals. But the king will rejoice in God; all who swear by God will glory in him, while the mouths of liars will be silenced.

The commander wanted to find out exactly why Paul was being accused by the Jews. So the next day he released him and ordered the chief priests and all the members of the Sanhedrin to assemble. Then he brought Paul and had him stand before them.

Paul looked straight at the Sanhedrin and said, “My brothers, I have fulfilled my duty to God in all good conscience to this day.” At this the high priest Ananias ordered those standing near Paul to strike him on the mouth. Then Paul said to him, “God will strike you, you whitewashed wall! You sit there to judge me according to the law, yet you yourself violate the law by commanding that I be struck!”

Those who were standing near Paul said, “How dare you insult God’s high priest!”

Paul replied, “Brothers, I did not realize that he was the high priest; for it is written: ‘Do not speak evil about the ruler of your people.’”

Then Paul, knowing that some of them were Sadducees and the others Pharisees, called out in the Sanhedrin, “My brothers, I am a Pharisee,descended from Pharisees. I stand on trial because of the hope of the resurrection of the dead.” When he said this, a dispute broke out between the Pharisees and the Sadducees, and the assembly was divided. (The Sadducees say that there is no resurrection, and that there are neither angels nor spirits, but the Pharisees believe all these things.)

There was a great uproar, and some of the teachers of the law who were Pharisees stood up and argued vigorously. “We find nothing wrong with this man,” they said. “What if a spirit or an angel has spoken to him?” The dispute became so violent that the commander was afraid Paul would be torn to pieces by them. He ordered the troops to go down and take him away from them by force and bring him into the barracks.

The following night the Lord stood near Paul and said, “Take courage! As you have testified about me in Jerusalem, so you must also testify in Rome.”

A few days later, when Jesus again entered Capernaum, the people heard that he had come home. They gathered in such large numbers that there was no room left, not even outside the door, and he preached the word to them. Some men came, bringing to him a paralyzed man,carried by four of them. Since they could not get him to Jesus because of the crowd, they made an opening in the roof above Jesus by digging through it and then lowered the mat the man was lying on. When Jesus saw their faith, he said to the paralyzed man, “Son, your sins are forgiven.”

Now some teachers of the law were sitting there, thinking to themselves, “Why does this fellow talk like that? He’s blaspheming! Who can forgive sins but God alone?”

Immediately Jesus knew in his spirit that this was what they were thinking in their hearts, and he said to them, “Why are you thinking these things?Which is easier: to say to this paralyzed man, ‘Your sins are forgiven,’ or to say, ‘Get up, take your mat and walk’? But I want you to know that the Son of Man has authority on earth to forgive sins.” So he said to the man, “I tell you, get up, take your mat and go home.” He got up, took his mat and walked out in full view of them all. This amazed everyone and they praised God, saying, “We have never seen anything like this!”