Rachel Patrick was a former student of Bob Jones University (BJU). Although she did not participate in the GRACE investigation, she recently gave a public statement on Facebook, giving permission to share it. It is copied in its entirety as follows: 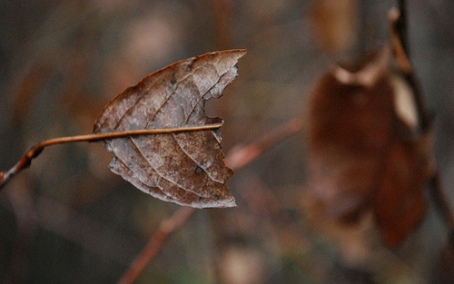 I have made this post public and it may be shared with my permission.

I attended Bob Jones University from the fall of 2002 to December, 2005. I finished my last class via distance learning and was awarded my BA in English in 2006.

During my freshman year at BJU, my dorm counselor and dorm supervisor both became aware of certain information.
1. I was struggling from severe depression (related to a multitude of both environmental and clinical medical causes).
2. I had several times attempted to commit suicide.
3. I had experienced a sexual assault.

Their response was to place me on spiritual probation. I had to attend mandatory counseling sessions with my dorm supervisor, Esther White. At one point in these sessions, she told me that if I did not either get right with God or get saved, I would be expelled. These sessions lasted most of my Freshman year and I continued on spiritual probation through my sophomore year. These sessions entirely focused on my “spiritual” problems, increased my depression, and taught me that my only safety was in secrecy.

The summer after my freshman year when I arrived at the Wilds to work, I was called to the office of the then-director of the camp, Ken Collier. In his office he told me that he had been informed by my dorm counselor and dorm supervisor about my struggles over the past year. He said that the counseling team had erred in not involving my parents (I was 18) and that I had two options. I could call my parents and tell them about the “issues” of the past year and stay at the Wilds on probation and in mandatory counseling or he would both fire me and call my parents himself.

I believe that I had the least of the negative experiences that could potentially have been experienced through these “counseling processes.” I was friends with Esther White until she had to separate from my later “lifestyle” choices. I worked at the Wilds for two more years. I became an APC and a society Chaplain. I have spoken on behalf of the University to try and bring people to a better understanding of the great education I received and the commitment of an underpaid faculty that helped form my mind and character.

I experienced everything that the GRACE report delineated as problems at BJU, victim shaming, horrendous “counseling” methods, complete lack of confidentiality, being punished for needing help. And I chose not to speak to GRACE. I did not take the survey. I did not believe that an investigation and a report that was funded by Bob Jones University could be impartial. I did not want to revisit these issues or have a potential negative impact on my family. I actually left my position on the BJUnity board to give myself additional space from any appearance of “BJU bashing” or being one of the “disaffected.”

There are so many people like me, you cannot imagine. People who for a variety of reasons did not have their stories, stories so much worse than mine, included in this report. If you do not want to believe our stories, our collective witness, against the failings of this administration, you do not have to believe us. Believe the words of Bob Jones III, Bob Wood, Jim Berg, and Greg Mazak. Read their responses to the investigators. Listen to what they believe and what they have taught and continue to teach to generation after generation of preachers and teachers who are going out to further their work around this country and world.